Mrs. Tedford has over 25 years of experience within the Nash Rocky Mount Schools system.  Mrs. Tedford taught second through fourth grades at D.S. Johnson, Winstead Avenue, and Englewood Elementary Schools, and attained her certification for the National Board for Professional Teaching Standards.

In 2012, Mrs. Tedford had the honor of being nominated as the Nash-Rocky Mount School’s Teacher of the Year.  She had the opportunity to be a District Instructional Technology Coach, and an Assistant Principal at Nashville Elementary School.

After completing his Principal Residency at Winstead Avenue Elementary School, Mr. Nieves graduated from N.C. State’s Northeast Leadership Academy with a Master’s Degree in School Administration in May, 2018.

Along with being our Assistant Principal, Mr. Nieves is also the pep band director for North Carolina Wesleyan College  After earning his Bachelor’s degree in Music Education from East Carolina University in 2003, Mr. Nieves spent fourteen years as Director of Bands at Nash Central High School and was recognized as their 2012-2013 Teacher of the Year.

With more than seventeen years serving as music educator and band director, Mr. Nieves garnered many awards and accolades, including the opportunity to perform with his student musicians in Disney World, Universal Studios, Washington, D.C. and during American Education Week, with School Superintendent June Atkinson in attendance.  In his free time, he performs with the Tar River Swing Band. 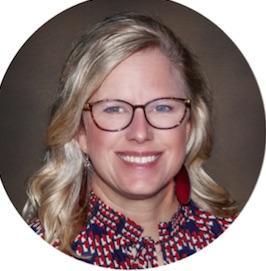